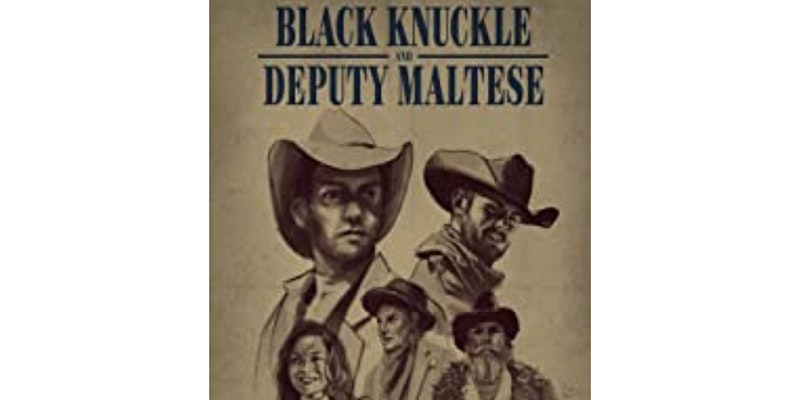 A triplet from San Diego, Director of "Black Knuckle and Deputy Maltese" Jason Phillips holds a BFA in Film Production from the USC School of Cinematic Arts, where he received numerous awards, including the prestigious Malcolm and Berman Family Fund Scholarship for undergraduate producers, and was featured as one of five promising seniors in The Hollywood Reporter.

Since graduation Jason has been freelancing on projects ranging from features distributed by Lionsgate to online branded content for places like Amazon, Sephora, and Disney Digital Network. He was one of the five teams selected by the Tribeca Film Institute to pitch at the IF/THEN Pitch Fest at the Big Sky Documentary Film Festival. Before the pandemic hit, he wrapped production as a production coordinator on a thriller starring Mad Men’s Vincent Katheiser. Most recently he : wrapped post-production on the USC/Warner Bros. feature film VOODOO MACBETH which is now in the festival circuit and is in competition at the Academy Award qualifying Cleveland International Film and now serves as the assistant to producer Natalie Qasabian. Additionally he co-produced the documentary TEAM MERYLAND that debuted at the 2021 Big Sky Documentary Film Festival in competition, wrote/produced/directed the fiction short MAN DROPS DEAD that is continuing its festival run at the Garden State Film Festival in March 2021, and is in development on a short documentary and several features.

From working on an LGBT Western Rom-Com to a 1930s Period Drama about Orson Welles, Jason loves to challenge his ability to create new cinematic worlds and to collaborate with other creatives throughout the process.

One day, he hopes to see large-scale LGBT epics on the silver screen.